This spoke to me today. I must admit i’m still battling with some self esteem issues. I truly don’t find myself attractive at all. I really wish I could get a nose job. But I’m working on myself slowly but surely!

Mirror, Mirror!!
There were so many things I was taught to hate about myself. 1. Hated my nose; was told t it was too big and bulbous. 2. Hated my bottom lip; thought it had too many creases. 3. Hated my eyebrows; was told they were thin and sad. 4. Hated my height; everyone was taller than me. 5. Hated my knees; was told they were too dark. 6. Hated my complexion; was told I was the color of pee. 7. Hated my feet; was told my toe-nails were too dark. 8. Hated my butt; was teased it was high and girly. 9. Hated my heritage; was told I wasn’t “Black Enough” or I wasn’t “White enough” and I didn’t speak-a-the-spanish to blend in with the Puerto Ricans kids (LOL). Those critiques were sprayed on me like graffiti, covering who I really was – an unsightly tag and a stifling weight left for me to carry.

It took years to shed those scars and be able to appreciate ME – and I still find areas I missed. I had to be chiseled, sandblasted, and stripped of the self-hate – much of it deeply internalized. There is nothing more important to me than my PEACE and that starts with loving MYSELF first. You have to be able to look yourself in the mirror and smile BIG because ultimately that’s the one face you should be waking up to please. How you view your scars determines how you interact with others; shame, jealousy, envy, fearfulness, being backstabbing, distrusting, controlling, conceited, needy, shy, self-sacrificing, and self-destructive, are all reflections of the defamation of the self in the mirror – no matter how pretty or handsome you appear to others.

Find your peace beyond the looking glass. Break it!

from Quincy Gossfield (The DL Chronicles)

For those who came out to Blatino Oasis California 2012 this weekend to come see the “Safe, Sane and Consensual” – Leather-BDSM Workshop, I want to offer my sincerest apologies for it not to occur. Unfortunately, the owners of Canyon Club truly showed their “racism” card and their rudeness not only to me and my other ONYX brother Ian but also lied about the reasons why we couldn’t do the workshop (even though it was the same exact workshop we did last year). I want to thank Joe Hawkins and his partner Mark who had to lay down the law to the owners once they were informed of what happened and for Joe making a public apology to ONYX and all the attendees at Blatino Oasis who wanted to see the workshop. But I know from now on, I will NOT support Canyon Club and I would suggest you all don’t as well. Their unprofessionalism exhibited this weekend truly soured my weekend and I hope Joe doesn’t offer patronage to this facility for future Blatino Oasis events!!!
Thanks again to Ian for being there for ONYX for the workshop!

In Leather and Love,
Daddy Rod 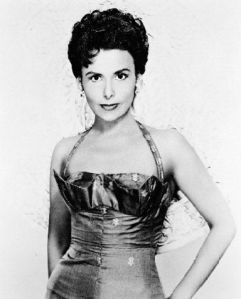 The Iconic singer and actress Lena Horne passed away today at the age of 92. Lena was the 1st African American woman signed to a major film studio company starring in over a dozen films.

She learned to be a better singing on the urging of her good friend and fellow musician, Billy Strayhorn. Their bond was so tight that after he died, she kept his picture by her bedside for years.

Throughout her career, she experienced discrimination not only from whites but also from some in the black community for her being fair skinned. You can’t win for lose sometimes..eh? Nonetheless, she was a tireless supporter of civil rights for all and continued to be a trailblazer in the entertainment industry.
I had the opportunity to meet her in San Francisco at the Orpheum Theater back in the early 1980’s. She was a nice woman and very classy. She complemented me on my smile and just loved being around “real” folks as she put it. LOL
Rest in Peace Lena! You truly deserve it!

Below is a clip of her singing “Believe In Yourself” from the movie “The Wiz”. She tore this shit up! 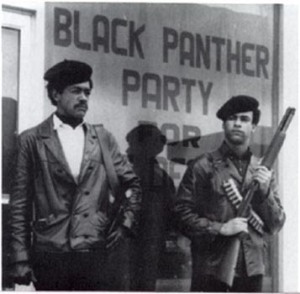 The Black Panther Party is probably the most under reported and misunderstood organization from the civil rights movement. Founded by Huey Newton and Bobby Seale in Oakland, CA back in 1966, the aim for the organization was to empower people of African descent during the times of Jim Crow laws and other discriminatory practices against Blacks during that time. They were well known for helping the community not only by activism but also feeding the kids in the neighborhoods breakfast, job fairs, and more.

However, due to the Governments fear of strong black men & women, they led an all out assault on the organization by spreading lies and trying to give the perception that the organization was a terrorist threat to the U.S.

One thing that isn’t talk about much about Huey Newton and the Black Panther Party is its early inclusion and support of gays/lesbians into the organization. Huey Newton was vocal in his support of civil rights for the LGBT community and is probably the first non-gay black organization that led its support to LGBT causes. Thru his support, other civial and racial organizations were born to combat all the discrimination that was (and is still) occurring!
I highly suggest you all do some research on The Black Panther Party. It’s definitely a good read! You can read more about Huey and the BPP here! 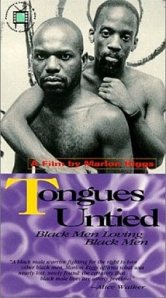 This ground breaking documentary released in 1989 caused a major stir back in the early 90’s when released on many PBS stations. Marlon Riggs saught to, “…shatter the nation’s brutalising silence on matters of sexual and racial difference.” The film blends documentary footage with personal account and fiction in an attempt to depict the specificity of black gay identity. The “silence” referred to throughout the film is that of black gay men, who are unable to express themselves because of the prejudices of white and black heterosexual society.
This documentary is just as relevant today with the same sex marriage, Defense of Marriage Act (D.O.M.A.) and “Don’t Ask, Don’t Tell” making headlines on a weekly basis.
If you do not have this in your DVD library, it is a MUST have! You can order it here!

I’m sure many of my readers have dealt with this in one way or another.