1.  Many of your fans would like to know more about you. So tell us about yourself… How old are you? What was your childhood like? Etc.

My name is Nicholas (aka “Seraph”) and I’m 26 years old. I’m was born and raised in Seattle WA. I had a very happy yet somewhat sheltered childhood. I’m the middle sibling of my older brother (7 years older) and younger sister (2 years younger). So I had my privacy and independence growing up. I was very mature for my age and what folks would call “a square” lol. In school I was the quiet shy nerd in high-water pants that hardly talked and always had my big jacket and hood on trying to hide myself. My focus was school and music, starting clarinet in the 4th grade and moving up to Alto sax in 5th. I joined the marching and symphonic band from middle school to high school until my junior year I switched to concert choir where I sang baritone/bass and I also joined dance team. I was voted “most Unique” and “best Dancer” for my class. I was friends with everyone in school but I never had that group that I belonged to myself. I just went str8 to school, band/ choir events, dance practice, and played video games. Since I didn’t hang with kids outside of school my main influences were my family.

2.  Many might not know you’re from the Seattle area. Lots of us don’t think there too many of “us” in the Northwest Region of the Country LOL. What is the gay scene like in the Seattle area? Especially for Men of Color?

LOL very true we are here just hidden in spots. I never been anywhere else so I don’t have anything to compare Seattle’s gay scene to. I just know that when I came onto the gay scene at age 23 I didn’t know any of these dudes. Everything is in Downtown Seattle if you wanna find the gay “Posse’ on Broadway St. and Pike. if you like Pale white men, Seattle is perfect lol. Most of the Snow bunnies are in Seattle and if you want to find black men into black men, you gotta go south to Rainier Beach/Renton or Federal Way/ Tacoma.

3.  As we got to know each other over the last couple of years, you told me you were in the military. If you care to share, which branch were you in and how was your experience serving our country?

I was in the Marines from 2006 to 2008. It was ok.. it wasn’t for me.  I only joined because I needed to find a means to pay for college. I was expecting more organization and efficiency instead of the “be on time to sit and wait”. I got “recruited” by false means, being told that if I ever went to Iraq that i would be doing my Military occupational skill (MOS) as Warehouse Clerk/Supply, but that wasn’t the case when I got sent to do infantry/base security in Habbaniya, Iraq in 2008′ . I did have some fun times with my fellow enlisted Marines!

4.  Did you have some “Hot” times with some of your fellow military brothers?

NOOOOO lol. “Don’t Ask, Don’t Tell” was still around and I was still hiding it myself and a virgin at the time. I was in boot camp when I learned that I had a nice size piece lol. it was awkward all of us showering together and then this dude walks up and asks “what’s it like having a big dick?” in front of everyone, like its regular conversation. Everyone starts to join in talking about it, another guy asked me to shake it LOL. Multiple dudes saying I should do porn and couldn’t believe I was a virgin. LOL. So, I ended up being known for that. Even in Iraq, the Marines saying “oh Reed’s here, we gotta go now before he makes us look bad”. Folks I haven’t met knew about my dick. So folks were talking but I kept it quiet and didn’t try anything.

5.  Many people were introduced to you from your provocative photos and videos on various Blogs, Twitter and Facebook. Have you always been such an exhibitionist?

I have always been an exhibitionist but in private around certain people. I wasn’t open about it until I got comfortable being open in public because I didn’t want any problems or attention on me or to make others around me uncomfortable. So the desire was there but wasn’t trying to make myself a pariah.

No it wasn’t something I thought of as a career. I just wanted to do it for the enjoyment of making a video and if i’m doing it for free for fun, why not get paid for it? The pictures were the start to adult modeling not full on porn. I was first adding self-photos on Flickr and a photographer named Malik Williams introduced me to ModelMayhem, which is where I met the photographers i worked with such as Andrew Adam Caldwell, a local photographer in Seattle who does the majority of my shoots and other shoots with models/porn stars such as Kory Kong and Buster Sly. Through ModelMayhem, I ended up networking with other models and eventually it crossing over to Facebook and Twitter.

Working with Champ Robinson was wonderful. He was my co-star in my first scene and he made things go smoothly and made me feel comfortable and  the shoot enjoyable. As far as Blackbreeders? I’m thankful for the opportunity but its not the place for me. I enjoyed meeting all the models and would enjoy working with them again elsewhere.

I got the name from a Final Fantasy 7 character whose name, Sephiroth (one winged angel), was inspired by the word Seraph which is a 6 winged angel. I just like the story behind Seraphim and what they represent in the very little info that there is on them and it was a different sounding name.

OMG LOL… I don’t know about the videos but they know about the photos. My brother found out and joked about it but its not something that we talk about. I don’t talk about it and they haven’t asked so I can’t say how they feel exactly.

10. If given the opportunity, would you be open to work with other “Urban” (i.e. RawStrokes, Machofucker, etc.) or “mainstream” (i.e. Lucas Entertainment, Raging Stallion/Falcon, etc.) companies?

I’m open to other “Urban” companies and possibly “mainstream” if there’s a good vibe with the company, models and their videos.

The same thing we need everywhere else. Better pay. Better model treatment. Ive only stuck my toe in so i cant say much from my experience and i cant just go off of one bad experience with one company.

15. We all have a type of guy that turns us on sexually. For you to give the best in a video, and in general, what type of guy(s) are you sexually attracted to?

I really like men with dark features and a quiet confidence and someone who can smile. I love hairy dudes if the hair’s right lol. I’m turned on more by attitude than just looks.

I would love to possibly work with Jordan Stone, Woo, Marc Dupree, Ty Lattimore, Buster Sly and many more. 🙂

17. What I, along with your fans, find sexy about you is that you exhibit a natural masculinity and you’re very passionate with your sex! However, we have only seen you bottom (so far). Are you willing to be versatile or top on film?  In your private life, are you versatile or lean more towards to top or bottom?

I’d very much like to be versatile or top on film so that I’d have something besides the one homemade vid of me lol. I’m fully versatile in my private life.

18.  In your first video, you did a 1-1 scene. Would you be open to do 3some/Group sex on film? How about in your private life?

Yup!!! The interracial scenes i did with blackbreeders were a 5some and a 3some. I enjoy group activities but not with selfish people in it. My best 3ways I have had were with couples.

19. Do you prefer to fuck a guy with a smooth or hairy ass? When being fucked, do you prefer a guy’s dick to be long or thick or both?

I love hairy ass! Smooth is good too. I just like the natural hair and smell. As for dick, I like both long and thick dick…deep in my second hole lol. 🙂 To me it feels better with more girth.

20. Fetish films (i.e. Leather, Spanking, Piss, etc.) are becoming very popular. Yet you haven’t done any on film. Are you willing to do any on film?  If so, what fetishes would you want to explore on film and in your private life?

21. I’m sure some of your fans would love to know your relationship status. Is Seraph single and looking? Or is he “Boo’d” up? LOL!

I’m currently single and not looking at the moment, let me find some friends first and then progress from there.

I have no clue.  As long as its fun and I’m enjoying whats being made, I’ll keep doing it, even if that means making my own videos!

23. During your spare time, what are some of your hobbies/interests?

I do enjoy music and dance in my free time. I sing, do martial arts choreography lol…play xbox 360 games (Gamertag: Dr R0b0tNick spelled with zeroes) and just like to kick back with friends and family and relax and smoke a few bowls.

24. What is something your fans might be shocked to know about you!

Damn I don’t know whats left to share that could shock folks. i like to eat Balut (duck egg) lol

25. If there is anything you could change about yourself, what would it be and why?

Being naive and too trusting. i like to see the good in people even though its at my own expense sometimes.

26. Just recently the U.S. Supreme Court has upheld the lower courts decision on Same Sex Marriage in California. It’s now legal in 13 states, including your home state of Washington, and DC. What are your views on Same Sex Marriage? Do you see yourself getting married in the future?

27. Here are Daddy Rod’s list of “Quickee” questions I ask each interviewee.

Thank you to all those that support me and i hope to be able to put out more of my work for ya’ll. you can find me on: 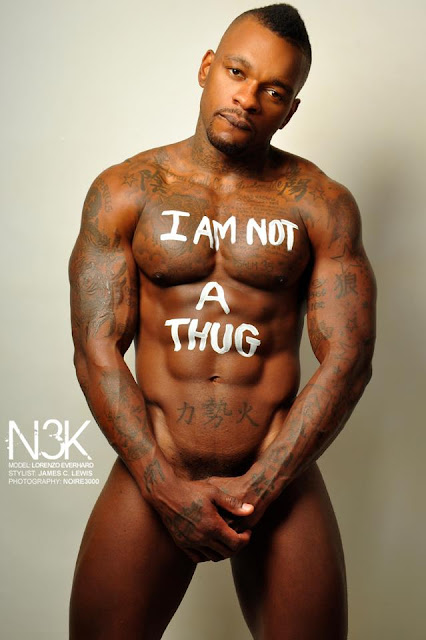 Monday Men will now go to once a month! Enjoy!